Thanks for making 2015 great for animals!

This year, thousands of people have been inspired to help animals and YOU have helped us put animal cruelty squarely in the spotlight. 2015 was a landmark year for us and you've helped by emailing, donating, petitioning and volunteering - THANK YOU! The work we do for animals would not be possible without your support.

Here's what you've helped us achieve this year: 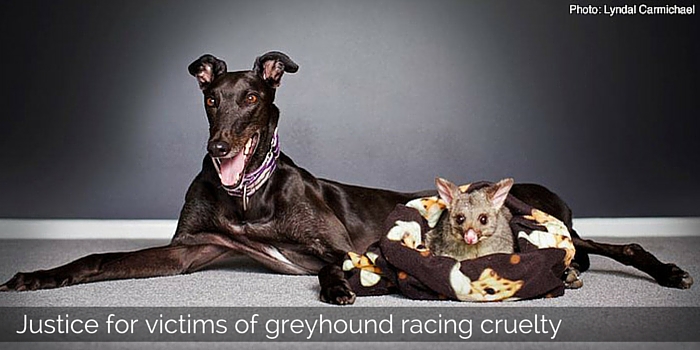 In February, investigations by Animal Liberation Queensland and Animals Australia resulted in an explosive Four Corners expose  on ‘live baiting’ practices in the greyhound racing industry. Australians were outraged and the fallout was unprecedented and revealed an industry that’s rotten to the core. 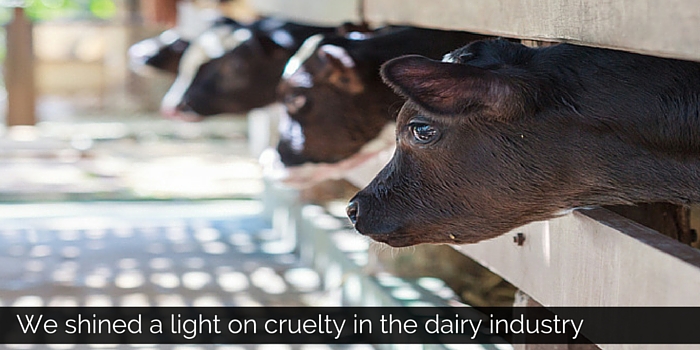 With the help of a generous Voiceless grant, we launched our Ditch Dairy  campaign in October. Thousands of HIT105 listeners were introduced to Bobby, a tiny male calf, considered a ‘waste product’ of the dairy industry. A dedicated campaign website showed consumers the reality for cows and calves in the dairy industry – and many people also pledged to ditch dairy.

Hear the story of Bobby, a calf considered a 'waste product' by the dairy industry. Thanks to the support of dedicated volunteers, we spread a message of compassion at events and stalls throughout the year. Cruelty-free, vegan food was sampled, brochures distributed and hearts and minds changed. 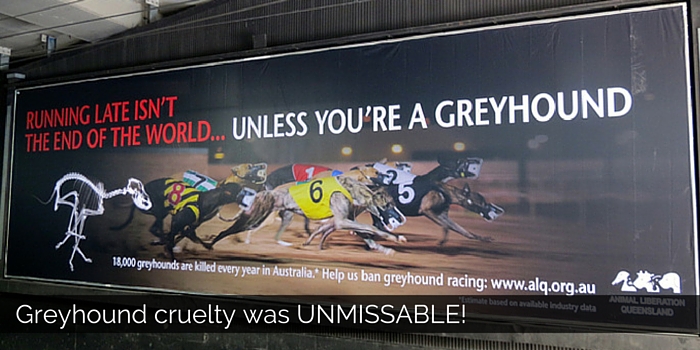 The generosity of thousands of people like you helped us spread a very public message – greyhound racing must be banned. Hundreds of thousands of commuters saw our billboard in Brisbane’s Central Station and, thanks to supporters and Voiceless (again), we’re launching a 6 month billboard campaign around Brisbane in 2016 which will reach MILLIONS! 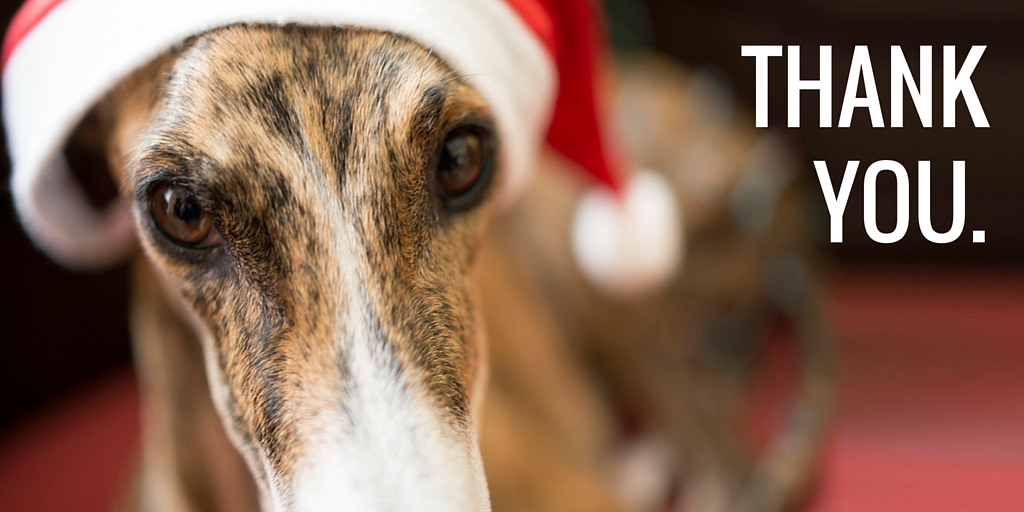 THANK YOU for making this one of our biggest years for animals.

We're looking forward to working with you for a successful 2016!