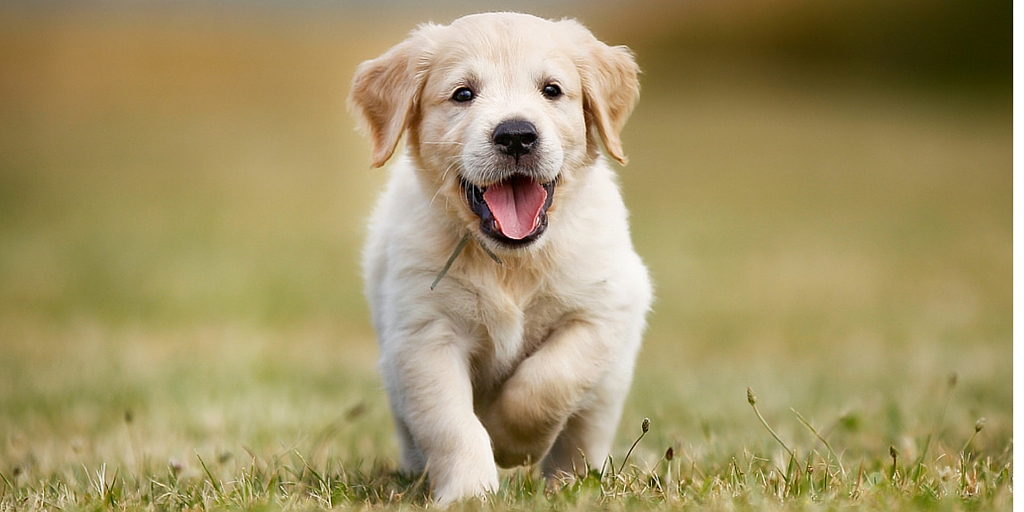 Premier Palaszczuk described puppy farms as "dogs kept in squalor, and forced to have litter after litter, in conditions that don't meet the dog's behavioural, social, psychological and physical needs."

Public submissions are now open for comment on legislation introduced to end the cruel and ruthless exploitation of breeding dogs for profit. Email your submission to: [email protected] by Wednesday 9th March.

Labor states these amendments  "will end cruel puppy farms in Qld".  Sadly, in their current form, such amendments fall short of the mark and will not aid in the protection of Qld dogs.

Their proposal is a two-part system:

1) A breeder ID system, mandatory for any persons with one or more breeding dogs, will permanently be implemented on microchips in puppies. These will need to be displayed at any point of sale, allowing tracking back to places of birth. This will ease tracking of breeders associated with any complaints associated with any particular ID number.

2) A public education program has also been suggested to outline about the dangers of purchasing a dog without said breeder identification number, and to insist on viewing of the puppies original home and parents.

While we welcome these changes, these amendments alone will not be sufficient. Minister for Agriculture and Fisheries Leanne Donaldson has spoken of "compulsory standards" for Queensland's dogs, however it is unclear how robust these will actually be and what they actually entail. 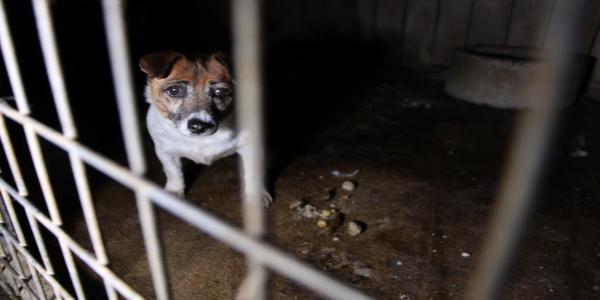 1. A puppy farm stand alone code of practice/ standards - to ensure comprehensive standards are upheld for animal welfare it must include:

Maintaining physical health via nutrition, access to water and food and vet checks, and mental and social health via enrichment, positive human contact, exercise, capping litter and animal numbers, housing and allowance of the ability to display normal behaviours.

Provision for mandatory vet checks prior to breeding, after each litter, yearly for males and after their litter cap is reached. It should also mandate checks prior to sale of puppies.

It is imperitive to both physical and mental health to establish breeding rules that would including the ban of inbreeding (ie no breeding siblings/ with parents etc).

Capping of litter numbers to 3 litters per breeding female in their lifetime, and introducing mandatory desexing, vet checks and rehoming plans on retirement. Fraser Coast has been the first council in Qld to implement changes regarding desexing, and we urge all councils to follow suit.

Mandatory record keeping of all information pertaining to every dog must be kept.

Establishing breeding rules that would including the ban of inbreeding (ie. no breeding siblings, with parents, etc.) is imperitive to both physical and mental health of dogs.

ALL dogs need to be covered by these regulations, and no parties should be exempt of them (e.g. working or racing dogs).

Capping numbers of breeding females per breeder -  bring in new legislation to only allow council permits to 10 females for all breeders, whether Government ID or Dogs Qld entity registration to ensure standards are upheld.

Proven compliance to standards - All breeders must abide by the introduced legislative changes and standards of practice; those already belonging to a breeder association should not be exempt, and proof of pre and annual compliance checks of standards, in line with the government standards, must be obtained. Any found illegally housing more animals than permitted, should immediately have them seized by the RSPCA, and given directives on welfare standards and fines issues.

Indefinite ID cancelation if found guilty of any animal cruelty and all animals seized - any person under suspicion of animal cruelty is to have their ID suspended, their animals seized, and removed indefinitely if found guilty. They then must have their permit and ID cancelled indefinitely to both their person, and property associated with where the cruelty occurred.

Education scheme - ensure public knowledge of the public registry system of ID numbers, and to ask to visit the premises, never at a different meeting point, so as to view the parents first hand, the conditions their potential puppy lived inc and where to make complaints when suspicious.

Extending the reach of the RSPCA or task force, and allow employment of more officers, to aid complaint handling, and  investigations.

Help house seized animals - pounds and shelters are at capacity a lot of the time, that makes the homing of surrenders or seized animals difficult. Use of funds directed at implementing help from private kennels and rescues for potential increased seizure of animals, would be a necessity in this amendment.

4. Banning the sale of all animals in pet stores, unless supplied from a registered charity or rescue

This would effectively change pet stores into adoption centres, thus helping to minimise the exhaustive numbers through shelters and pounds, and aid in minimising euthanasia rates across the state. This change has occurred overseas, (Las Vegas very recently changed these laws) and also in Victoria. With optimal laws in place, an issue of increased number of animals seized could put an exhaustive load on pounds and shelters as mentioned above. Making pet shops new "adoption centres" would help to house rescued animals.

This would also limit the necessity to rely on pet shops "here-say" information on standards at a breeders business, and allowing only reputable rescues and shelters would offer more safety to consumers and animals alike. More social, healthy puppies with happier owners means less end up in pounds and shelters! 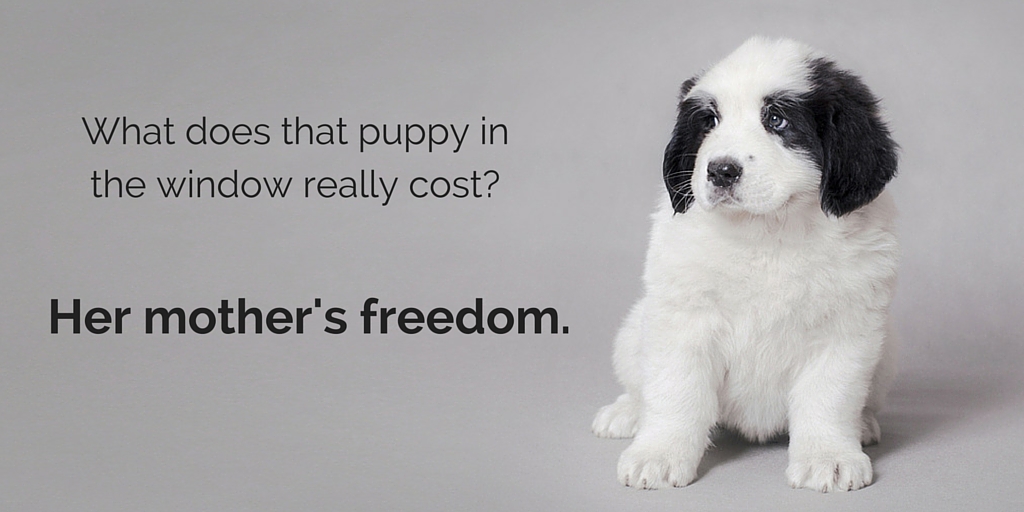 Across the country, change is happening.

Victoria is leading the fight thanks to the tireless effors of Oscar's Law and has made major changes to legislation that will effectively end puppy farm cruelty there.

People are more aware than ever of the cruelties of puppy farms. Our joint petition showed numerous illegal and cruel puppy farms allowed to still operate in NSW.

GET YOUR SUBMISSION IN BY 9TH OF MARCH

Be their voice! Help us end puppy farming in Qld  for good! Read our recommendations above, and email your submission to the Qld government at [email protected].

THANK YOU FOR SPEAKING UP FOR US :) 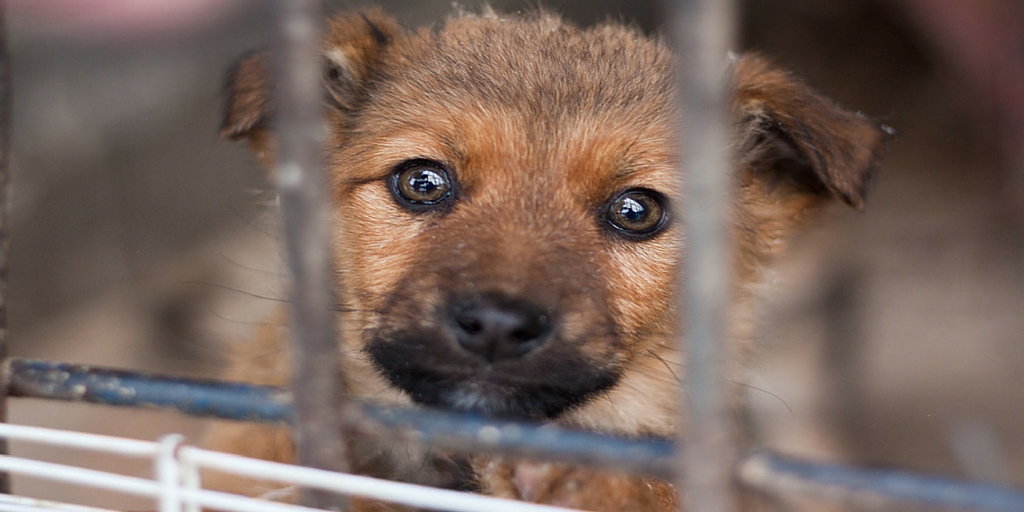 There's hope for dogs and puppies - watch as this dog, who was rescued from a puppy farm, discovers one of life's simple joys (spoiler: it'll make you smile!). Help get thousands of dogs and puppies out of puppy farms and into loving home where they will know kindness. Email your submission to: [email protected]. 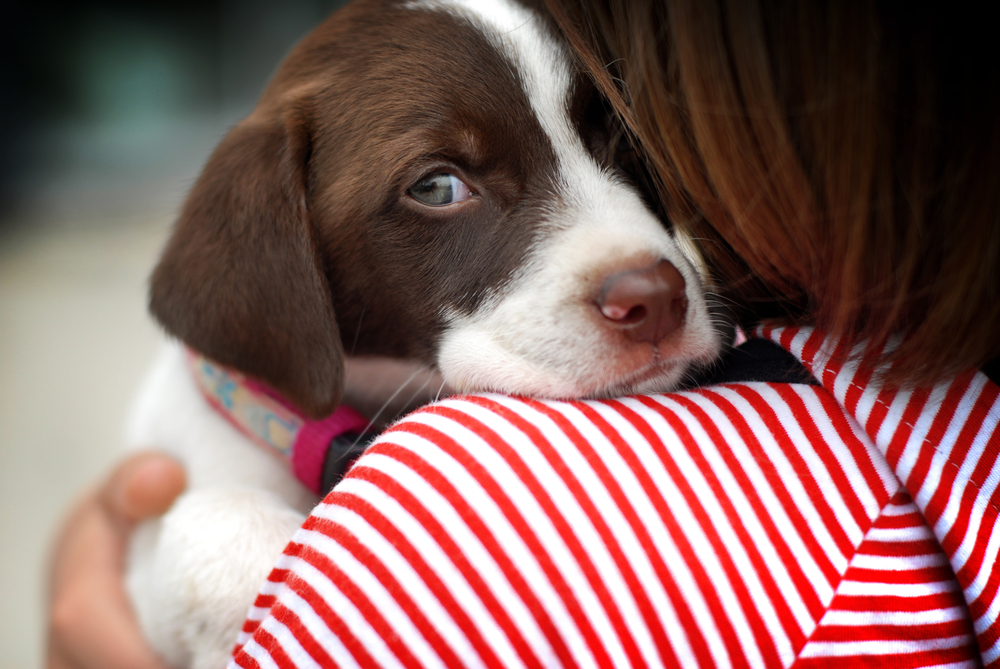