Sharks, once again, are getting a bad rap. It goes without saying that we're relieved that Mick Fanning was unharmed. However, the sensationalised reporting of a 'shark attack' - with Jaws analogies resurfacing - is not ok.

'Shark attack' - it's nothing but a catch cry used by the media to describe ANY interaction with a shark, and it's irresponsible. Sharks are not “mindless killing machines”. The fear created by such beliefs has contributed to the decimation of some shark species. Given the number of people worldwide that interact with the ocean, it is vital to address misunderstandings of these vulnerable species and the threats they face. 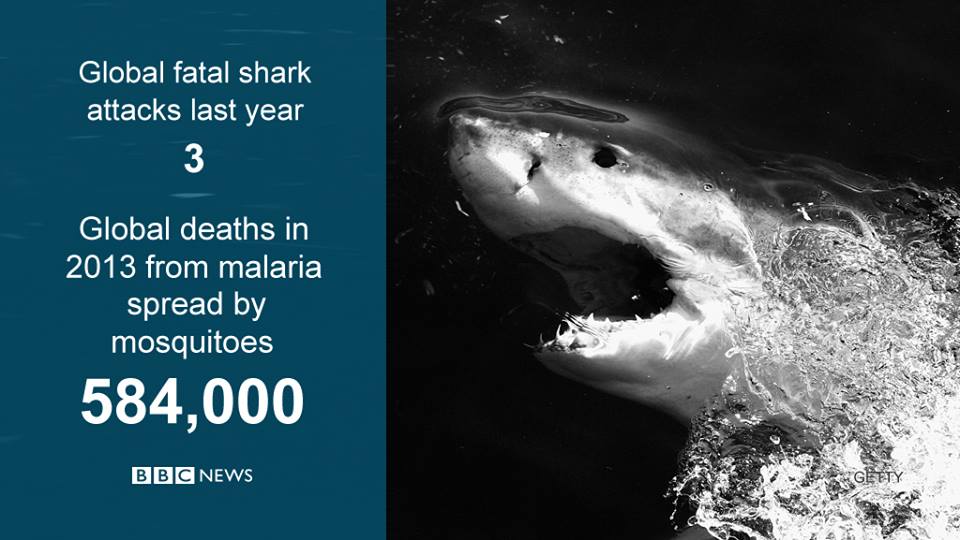 “We simply must stop calling every shark-human interaction an ‘attack’ because it’s not based on science, inflates the risk to swimmers, and casts sharks as a group into an unfair light. In a time when many populations of sharks have been severely depleted, the use of ‘attack’ language in headlines and television programs is counter-productive to the need for marine conservation.”  Dr Bob Heuter, Marine Scientist.

What's scarier than sharks? An ocean without them

Sharks are the most perfectly evolved predator in the ocean. They are living dinosaurs, having evolved over 400 million years ago. All other life in the ocean has evolved into an environment set up by sharks. They maintain healthy ecosystems by keeping the food chain in balance.

Sharks will likely be in the first round of marine extinctions. Their populations are declining globally due to overfishing and the increasing demand for shark fin soup. In some parts of the ocean, 90% of sharks have disappeared. On average, sharks are responsible for the death of 12 people per year worldwide. In contrast, humans kill approximately 73 - 100 million sharks each year. This figure gives new meaning to the phrase, “man eating shark”…

They are the most misunderstood animals in the ocean and threats towards them continue to mount. Sharks are especially vulnerable to overfishing because they are generally slow growing, late to reach sexual maturity and have low rates of reproduction.

In a barbaric practice known as “shark finning”, live sharks are hauled onto vessels and their fins are sliced off. The sharks are then thrown back into the ocean, finless but still alive, to drown or become prey. Shark finning is largely unmonitored and unreported, therefore its true scale is unknown. It is an indiscriminant practice, targeting any shark species, size or sex in any ocean. It even occurs in marine protected areas. Shark finning results in landings of fins only, or a trunk with fins attached, making species identification difficult.

The increasing demand for their fins is making many shark species vulnerable to extinction. The International Union for the Conservation of Nature (IUCN) has determined that all 14 species of shark most prevalent in the shark fin trade are threatened or near threatened with extinction. 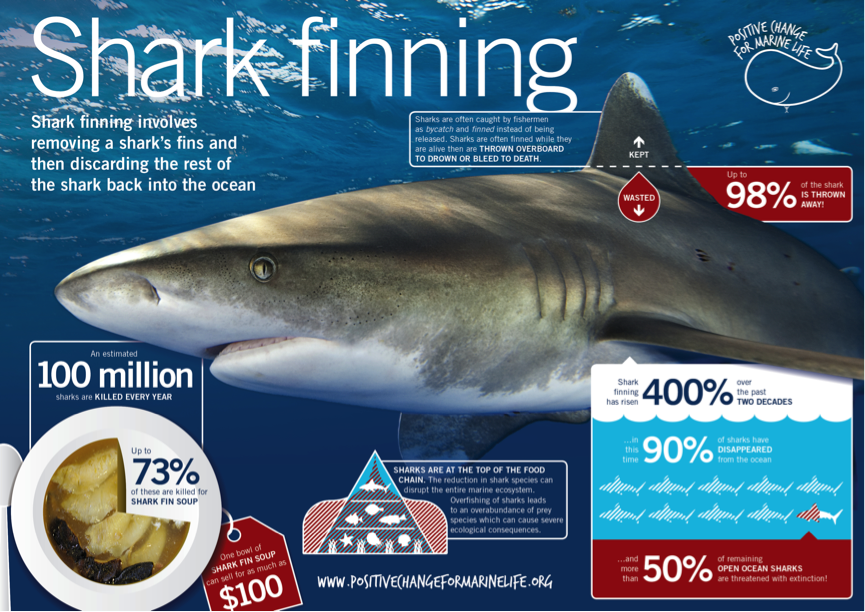 Live finning occurs when the fins from live sharks are removed and the body discarded. This practice is illegal in Australia. However, legislation varies between states, territories and the Commonwealth. Some states require the whole shark carcass to be landed with fins intact, while other states do not. This means that monitoring fisheries’ compliance with legislation is difficult. From July 2011 to June 2012, Australia exported a minimum of 178 tonnes of shark fin to Hong Kong, the Philippines and Singapore. This is roughly the amount of shark fin derived from 13,300 tonnes of whole shark.

Obtaining and interpreting shark fin trade data, including exports and imports, is difficult, because data reporting varies between jurisdictions. This makes quantifying Australia’s contribution to the shark fin trade a challenge. For example, current data does not show whether or not Australia is importing shark fins from countries where live finning is legal. Therefore, it is impossible to conclude that Australia is not importing fins from species afforded international trade protections such as under the Convention on International Trade in Endangered Species of Wild Fauna and Flora (CITES).

Animal Liberation Queensland believes that in order to protect sharks, Australia must impose a ban on both imports and exports of shark fin.

What can you do to help sharks?